Trustpilot
Are you an Amazon customer? Pay now with address and payment details stored in your Amazon account.
Home > All Blog News>Apple, a new teardown confirms that iPhone 12 and 12 Pro have the same battery

Apple, a new teardown confirms that iPhone 12 and 12 Pro have the same battery

Within hours of the arrival on the market of the new iPhone 12 and iPhone 12 Pro, in Australia and New Zealand they have already been on sale for a few hours, reviews, many unboxing and various teardowns continue to multiply on the web that allow us to better understand how Apple has engineered its iPhone to make them thinner and more compact.

A new "disassembly" published in recent hours has made it possible to clarify another aspect: both iPhone 12 and iPhone 12 Pro also use the same battery. In truth, the two iPhones share most of the internal components starting with the L-shaped logic board, almost entirely identical except for a connector used for the LiDAR scanner. 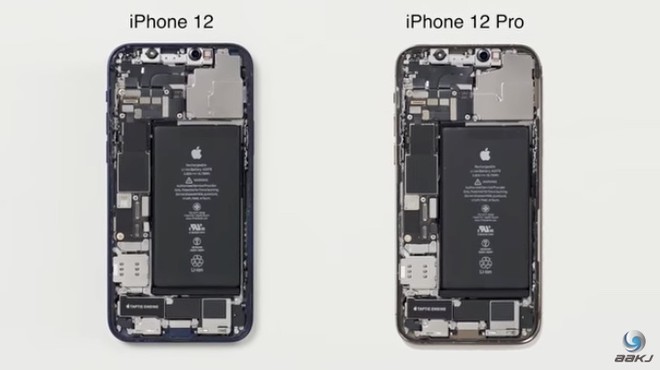 Both iPhone 12 and iPhone 12 Pro have a 2,815mAh battery able to offer, according to Apple, up to 11 hours of streaming video and 65 hours of audio playback.

Removed this last doubt, to sum up, here are the capabilities of the batteries of the four iPhone 12:

All of these batteries have a lower capacity than those used by Apple last year on iPhone 11s. This decision is due in particular to the need to make more room for the components necessary to ensure support for 5G networks.

The side-by-side disassembly of the two new iPhones also allows you to notice that there are several similar components including the new engines of the Taptic Engine. Although not shown in this video, another teardown confirmed that all new iPhone 12s use a Qualcomm X55 modem.